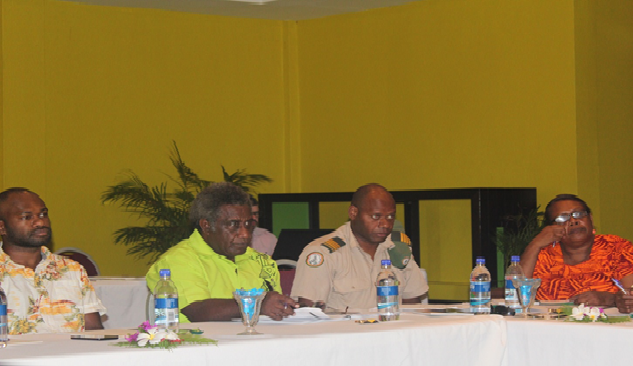 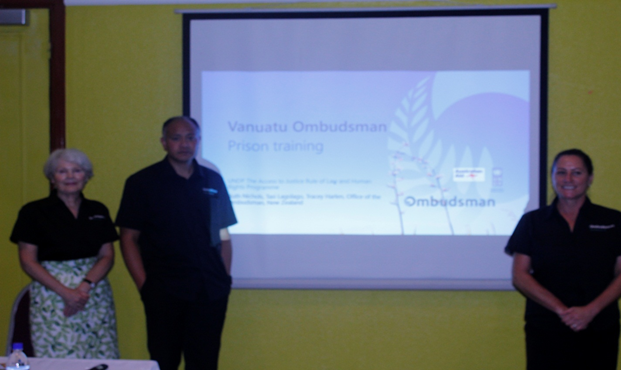 Ten staff from the Vanuatu Office of the Ombudsman, and five from related government agencies, received training on investigating prison conditions and prisoner care from a team at the New Zealand Office of the Ombudsman currently visiting Vanuatu. The training which was held on 26- 27 March in Port Vila follows on from their visit last year.

New Zealand Chief Ombudsman Peter Boshier said, “The international community places a great deal of importance on minimum standards and conditions of the prisons, recognising that, although they have committed crime, prisoners should nonetheless be treated fairly and reasonably and in compliance with international human rights standards and principles.”

The training focused on good investigation techniques into Vanuatu prisons, available options for dealing with complaints by the prisoners, and addressing maladministration or misconduct of prison staff. The training also covered methods for inspecting places of detention, such as prisons, how to make subsequent recommendations, and how to make constructive change in prison standards and administration.

The workshop also provided an opportunity for the New Zealand Office of the Ombudsman to develop their internal capabilities and international networks of Ombudsmen’s offices.

Mr Boshier said the New Zealand Office of the Ombudsman is committed to assisting Ombudsman’s offices throughout the Asia-Pacific region and has agreed to his office facilitating relevant training sessions in future. Mr Boshier becomes Regional President of the Australasian and Pacific Ombudsman Region (APOR) from next Monday 1 April.

Strengthening the rule of law and promoting human rights are cornerstones of UNDP’s work to achieve sustainable human development and eradicate extreme poverty. Sustainable Development Goal 16, in particular, articulates the key role that governance and the rule of law play in promoting peaceful, just, and inclusive societies. Through providing support for institutional development of Offices of the Ombudsman, UNDP with national and regional partners contributes to building resilient communities that are supported by just institutions.

The Acting Ombudsman of Vanuatu, Mr Alain Molgos, said this is a first time training for his officers on this particular matter and appreciates the assistance from UNDP and the New Zealand Ombudsman’s Office.